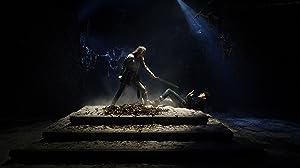 Dwight, a 21st century teen, falls into an ancient, underground chamber and lands lip-to-lip with Gretta, a gothic princess who has been magically sleeping for a thousand years.